Meet the experienced and friendly doctors and staff who make Williamson Eye Care a leading provider of vision care products and services in South Metro Atlanta.

He is married with three children and 1 granddaughter. 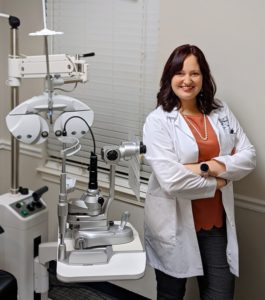 Dr. Taylor Williamson attended Concordia College-Moorhead in Moorhead, MN for her undergraduate degree. She received her Bachelor’s of Arts in Biology in 2015, with a double minor in Psychology and Chemistry. She graduated from Southern College of Optometry in Memphis, TN in May 2019, and she joined Williamson Eye Care in July of 2019. Dr. Taylor was inducted into the Tri-Beta Honor Society during her sophomore year of undergrad.

Dr. Taylor grew up in North Dakota. She met her husband during Optometry school, and they married in 2020. She has 2 dogs – Copper and Brody.

You can schedule your next appointment with us online!